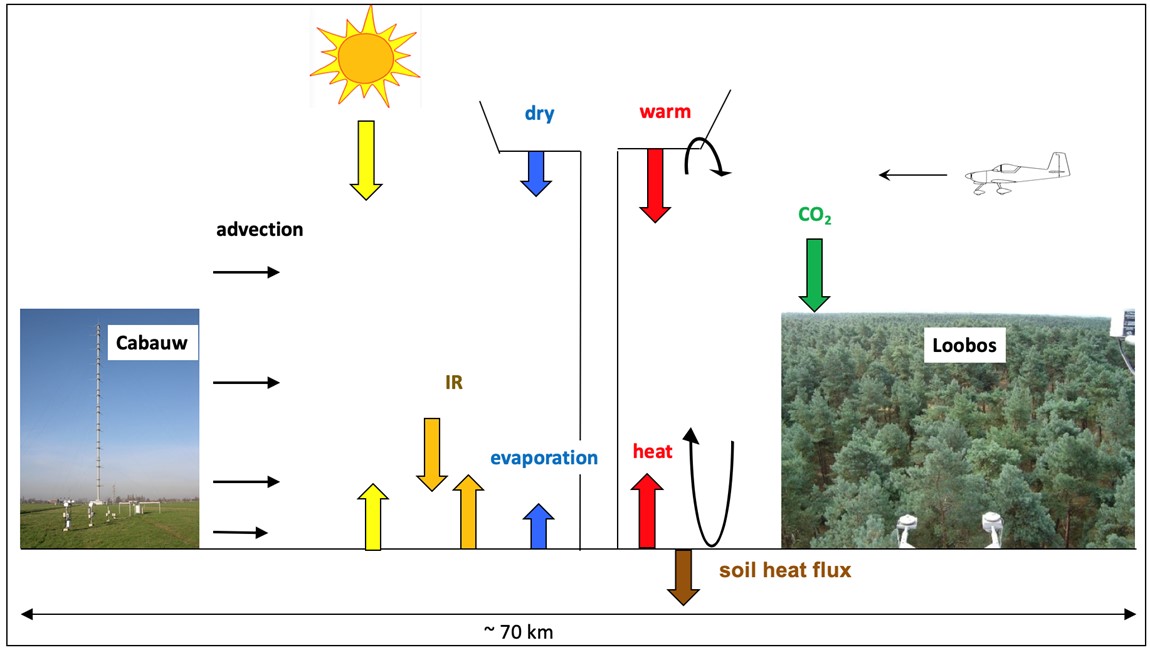 In the period between August 24 and September 13 a first small Ruisdael measurement campaign will take place focussing on land-atmosphere interaction. The first thoughts at the end of 2019 were to organize a full campaign dedicated to land-atmosphere interaction. This idea had to be abandoned because of the Covid-19 outbreak, which also affected the progress in Ruisdael: the delivery of several instruments was postponed, trainings were canceled, labs were closed, there were (international) travel restrictions for PI’s, recruitment of staff was postponed as a result of delays in proposal decisions etc.

Instead, a small technical campaign will be organized in the aforementioned period. Observations will be collected between sites Cabauw and Loobos. An important contribution will be delivered by the WUR measurement aircraft. During a couple of days the aircraft will fly horizontal legs and collect observations between Cabauw and Loobos. Furthermore instruments available and operational at these sites will be deployed. In parallel DALES runs will be performed to simulate the observations and validate the modelling results with the observations. The main aim of this campaign is to collect and make publicly available data, ranging from observations to HARMONIE output for use by DALES, in the Ruisdael data archive operated by consortium partner KNMI.

If Covid-19 does not intersect the plans, the initial full land surface-atmosphere experiment with all instruments up and running will take place in Spring 2021. Then furthermore an urban measurement campaign will be scheduled in 2022.