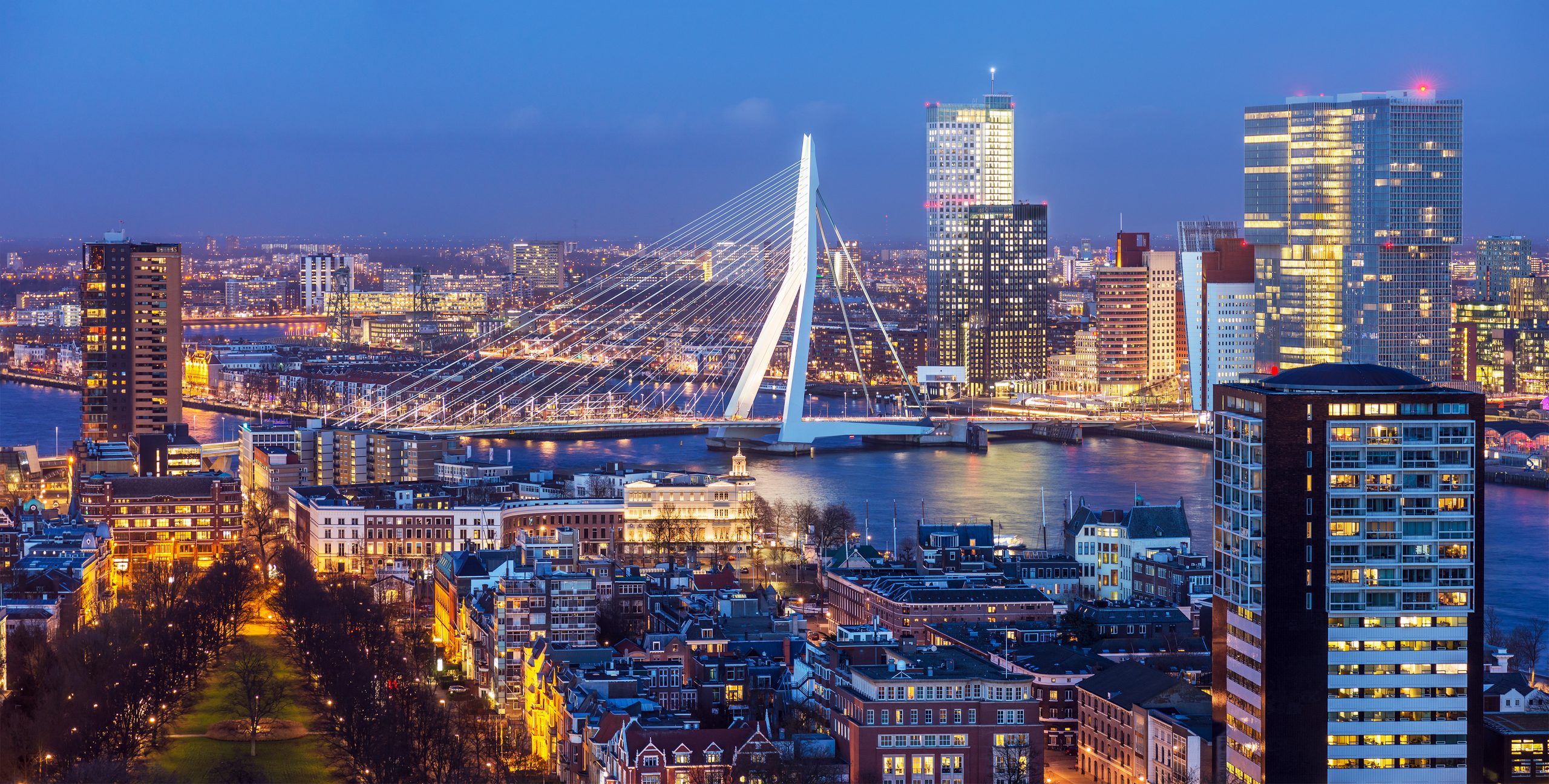 Aerial shot of Rotterdam skyline with Erasmus bridge at twilight as seen from the Euromast tower, The Netherlands

In the period from August 22 to September 9, a Ruisdael campaign will take place to measure urban emissions of greenhouse gases and air pollution in the Rotterdam area. The aim of this campaign is to investigate how the reduction of urban greenhouse gas emissions and air pollution – which is planned for the coming years in the context of the energy transition – can best be monitored with atmospheric measurements.

Emissions of greenhouse gases and air pollution are estimated based on calculations and emissions reported by companies. In addition, air quality is monitored by the national air quality monitoring network. That network is not designed for determining emissions. Additional atmospheric measurements are therefore required to determine urban emissions. To be sure that planned emission reductions are actually achieved – and not just on paper – it is important to be able to test the calculations with independent measurements. This period of the year is interesting because many activities start again after the relatively quiet holiday period, which hopefully can be seen in the measurements.

The Ruisdael campaign in Rotterdam does not stand alone, but is part of the European projects RI-Urbans and ICOS Cities. Similar studies will also be conducted in other European cities, including Paris, Bucharest and Milan this summer and autumn.